Join Dr. Elaine's Exclusive List for special offers and the latest on her 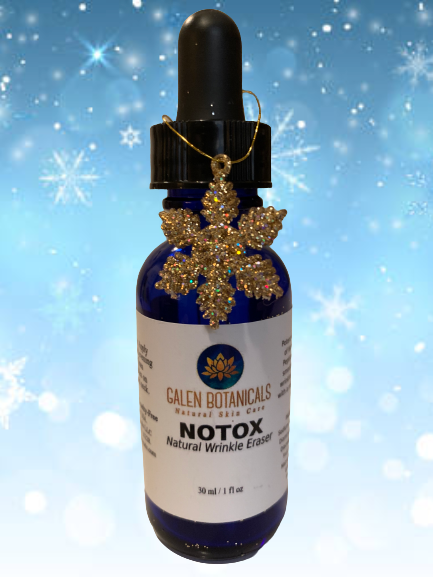 ✨ Glow for the holidays with Notox 'Botox in a Bottle' ✨ 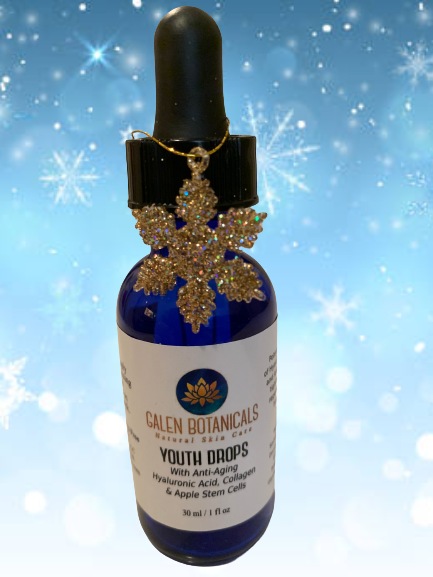 Give or get the gift of beautiful, glowing skin at mini prices 🎁 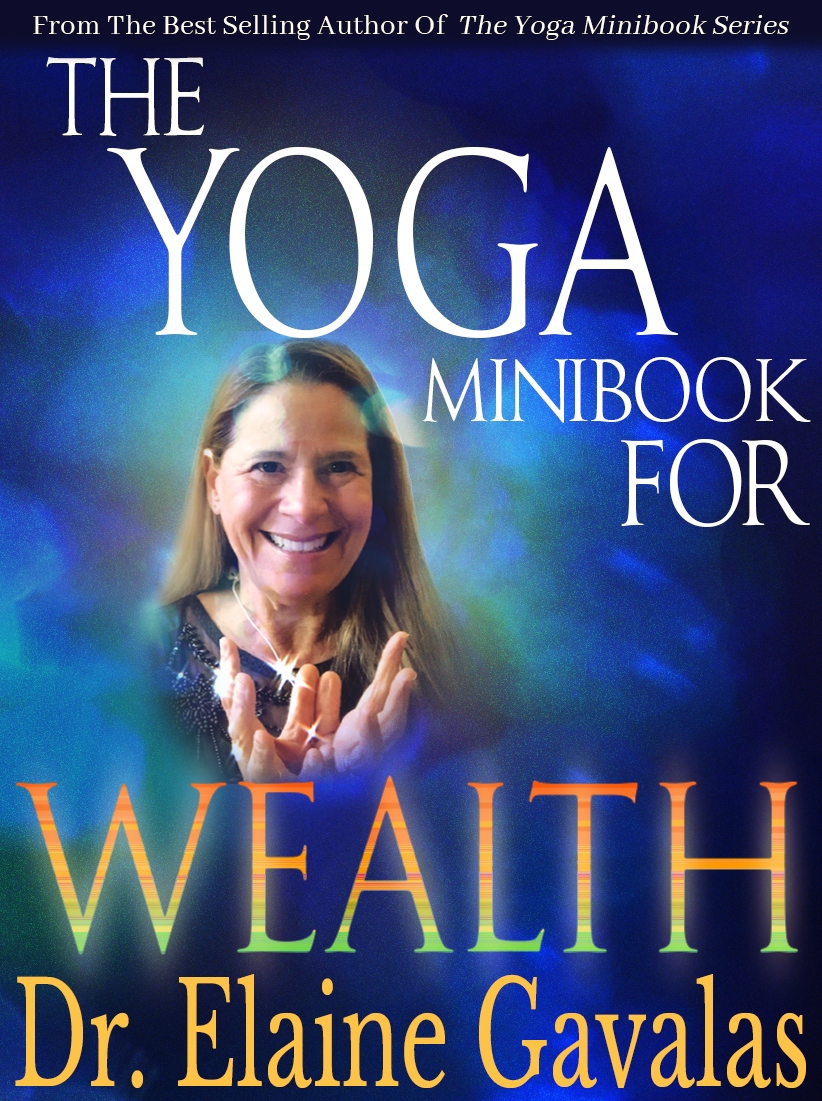 NOTOX 'Botox in a Bottle' 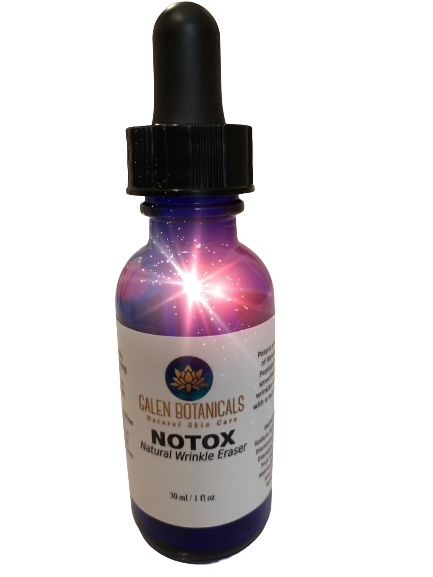 I DID IT!!! I just finished months of testing my all-natural NOTOX 'Botox in a Bottle'.

And it is what I wished I had over the years - when I was unable to find a natural 'Botox in a Bottle' that worked!

NOTOX 'Botox in a Bottle' contains clinically proven, cutting-edge neuropeptides that relax facial muscles…
Just like Botox but without the needles or toxic snake venom!!
No needles, injections or surgery to RELAX and PREVENT those expression lines!

The proven effect is cumulative and increases over time with daily usage.

Researchers found when the tripeptide was used for 28 days it resulted in 21% smoother and 15-20% less wrinkled skin.

Galen Botanicals Notox trial found in just a few days wrinkles were smoothed and firmed and skin was visibly younger!!!

NOTOX is Formulated with All-Natural Ingredients:

With this bundle deal you get my

AND my Yoga Eyelift Course

at a fabulous discount!

GALEN BOTANICALS has been accepted into Amazon's exclusive Handmade program! 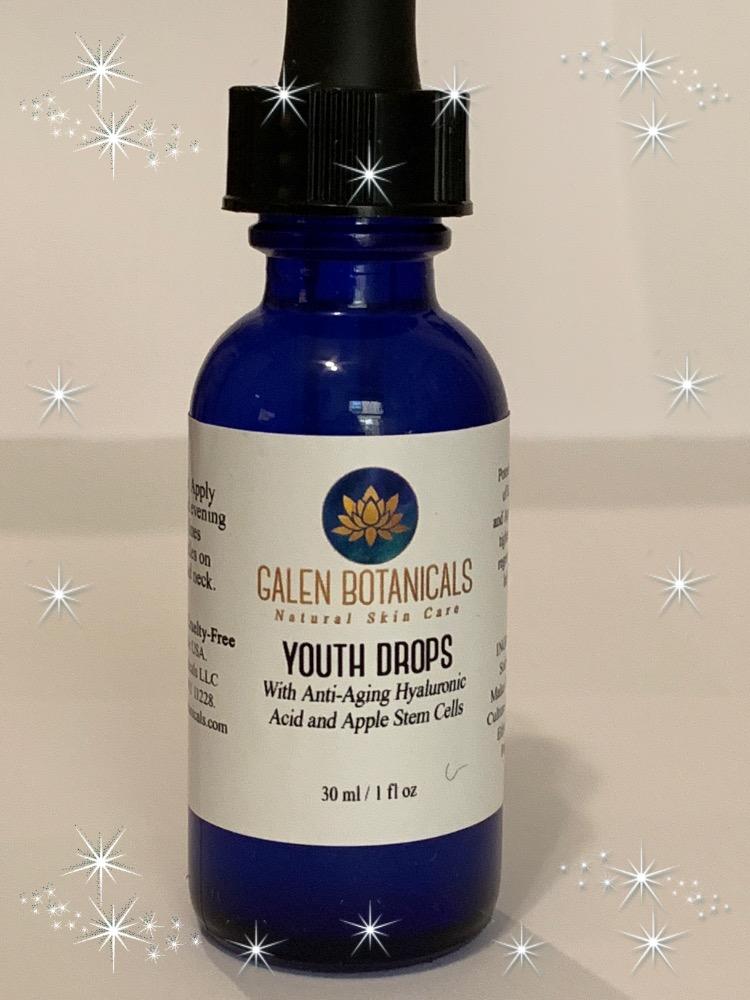 IT'S HERE!!!! After months of developing & testing…

My YOUTH DROPS Anti-Aging Face Serum is available on Amazon!!!!

I formulated a clinically proven concentration of anti-aging botanicals that reduce fine lines and wrinkles and keep skin youthful.

Now I've made it available for everyone on AMAZON here!!

"YOUTH DROPS FOR THE REST OF MY LIFE!

If I could only pick one skincare product for the rest of my life it would be Youth Drops. Not only have my facial lines diminished, but I can feel the lift in my skin as well." Debra A. customer. 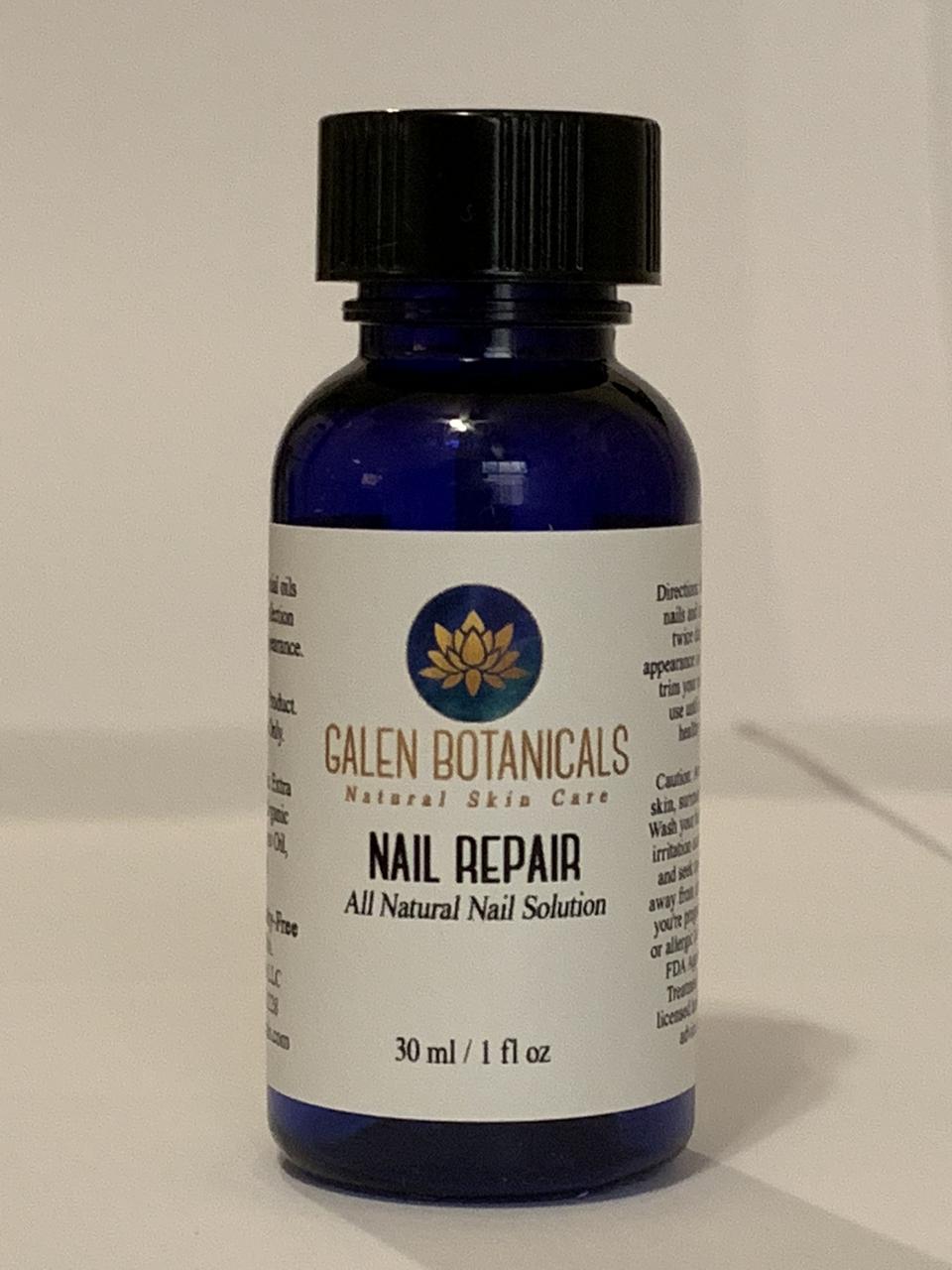 Nail Repair is available on Amazon with FIVE STAR REVIEWS!

"I went to Dr. Elaine after years of suffering from foot and toe fungus. After she assessed  my situation she gave me a natural remedy.  After two weeks my feet and toes were pristine clear !!!!! This was after trying every pharmaceutical product which didn't work. Dr. Elaine was a godsend." David S., Nail Repair customer

"No more 'nail shame' at the beach!
I contracted athletes foot and nail fungus while in the military in the 70s and have been battling it ever since. I tried many topical remedies with no success and did not want to take a systematic medication as many are hard on the liver and kidneys. It wasn't until I tried nail repair from Dr. Gavalas that I began to see results in just a few weeks. I am very happy with the way my nails look now and I can wear sandals again and not hide my toes in the sand while at the beach. I certainly recommend this product as it has been the only thing that has helped me." 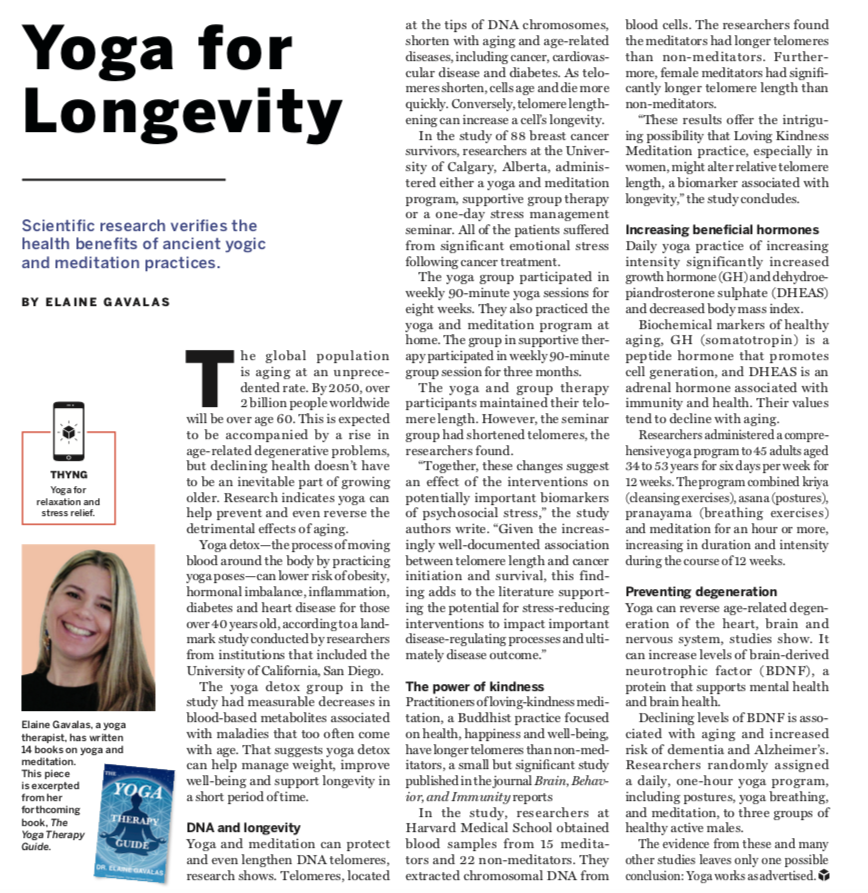 THE YOGA THERAPY GUIDE will be released this winter!

THE YOGA MINIBOOK FOR LONGEVITY 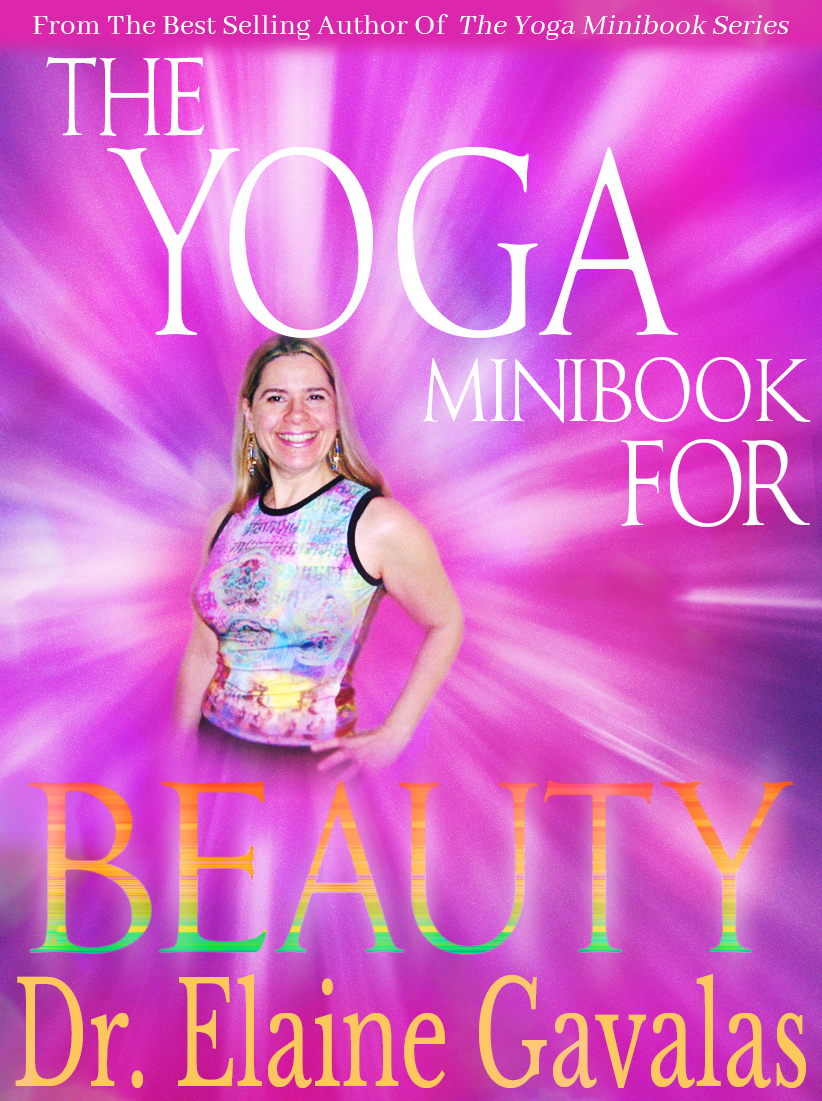 THE YOGA MINIBOOK FOR BEAUTY is coming soon!!!

My Yoga for Beauty Program Has Helped Me Look and Feel Younger NATURALLY!

ENJOY YOUR VISIT AND COME BACK SOON FOR DR. ELAINE'S NEWS, PRODUCTS, BOOKS, VIDEOS AND ARTICLES.

Peace and Love, Om and Opa! 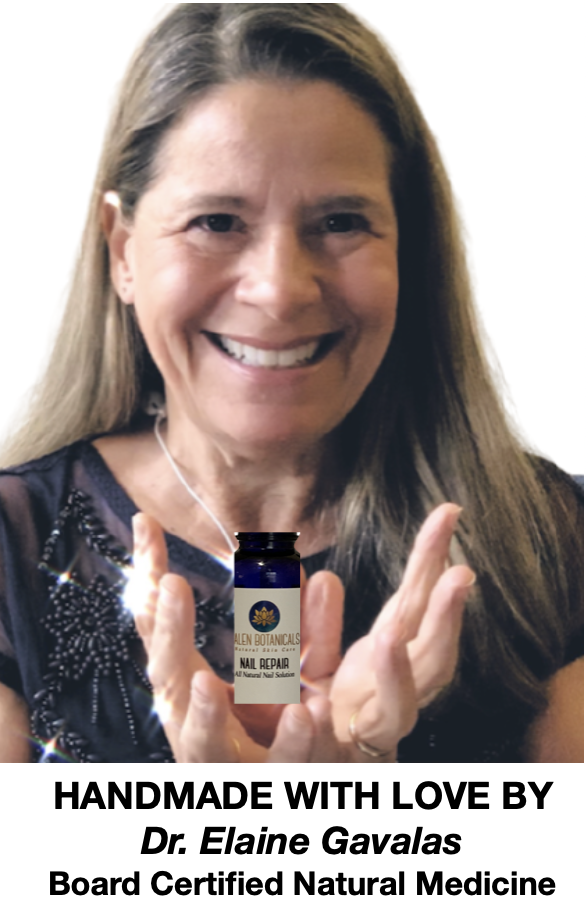 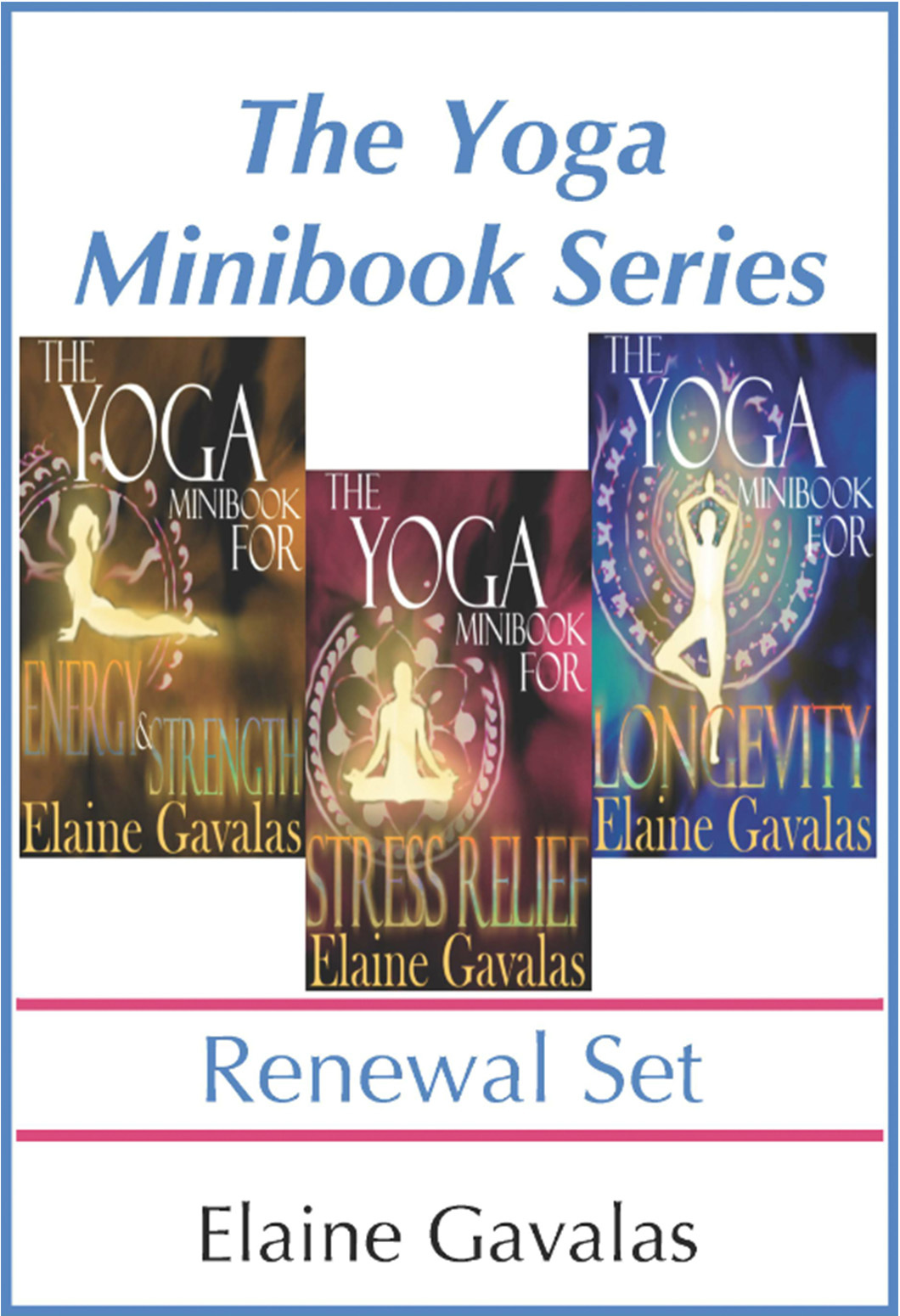 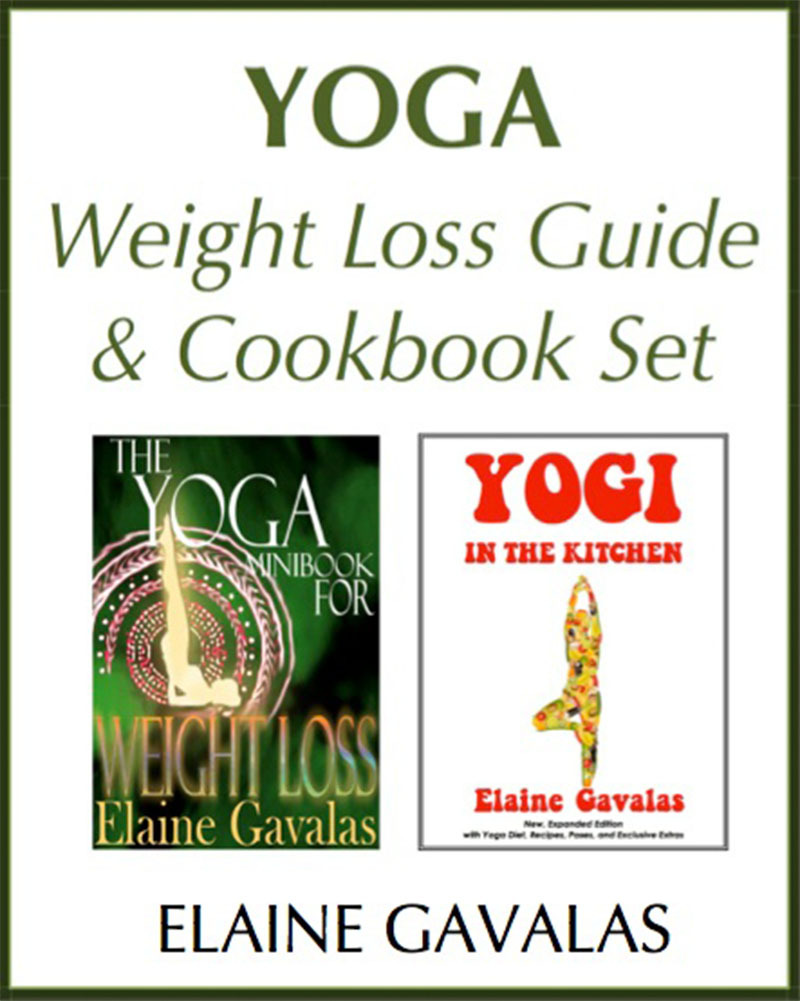 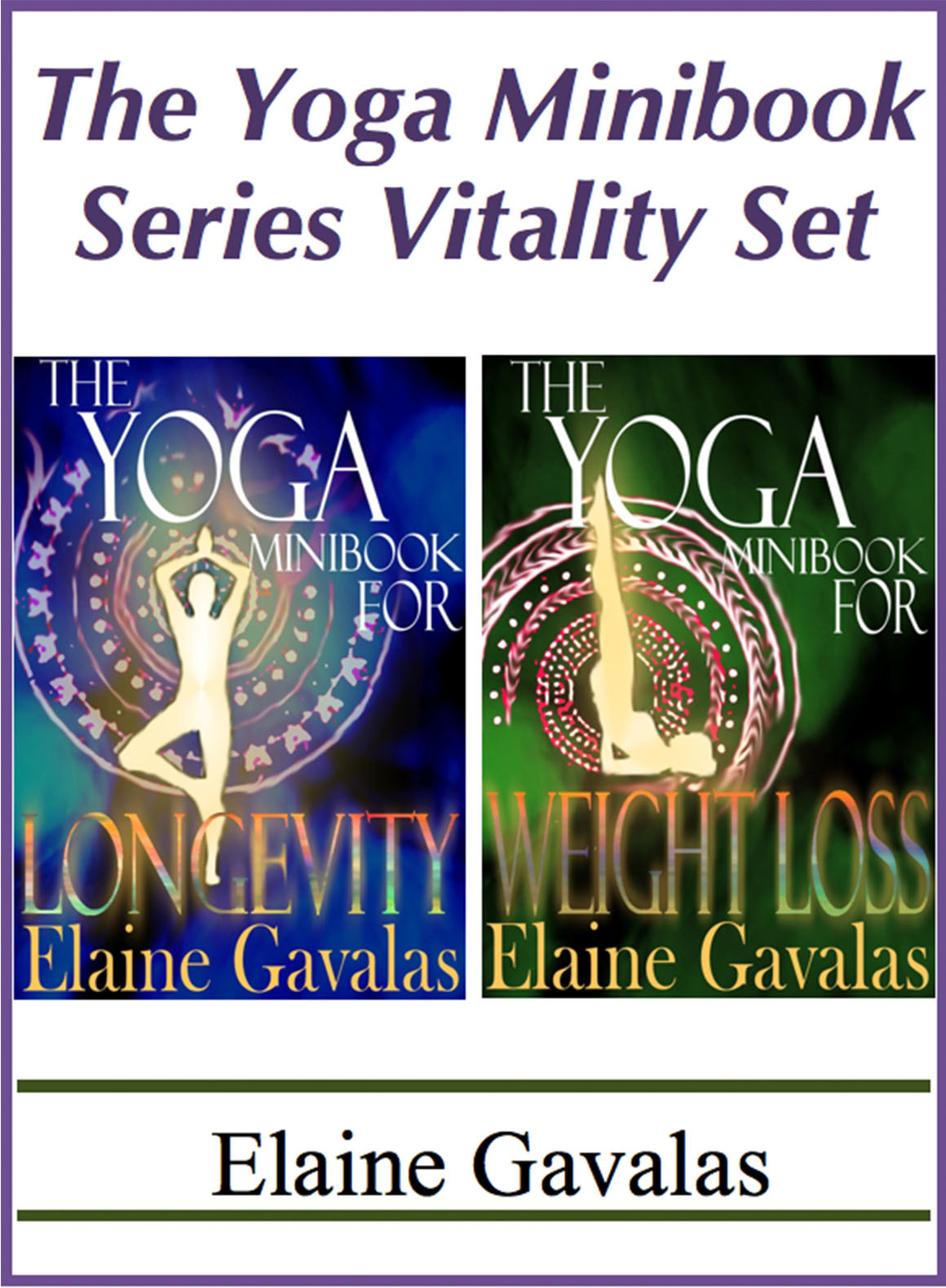 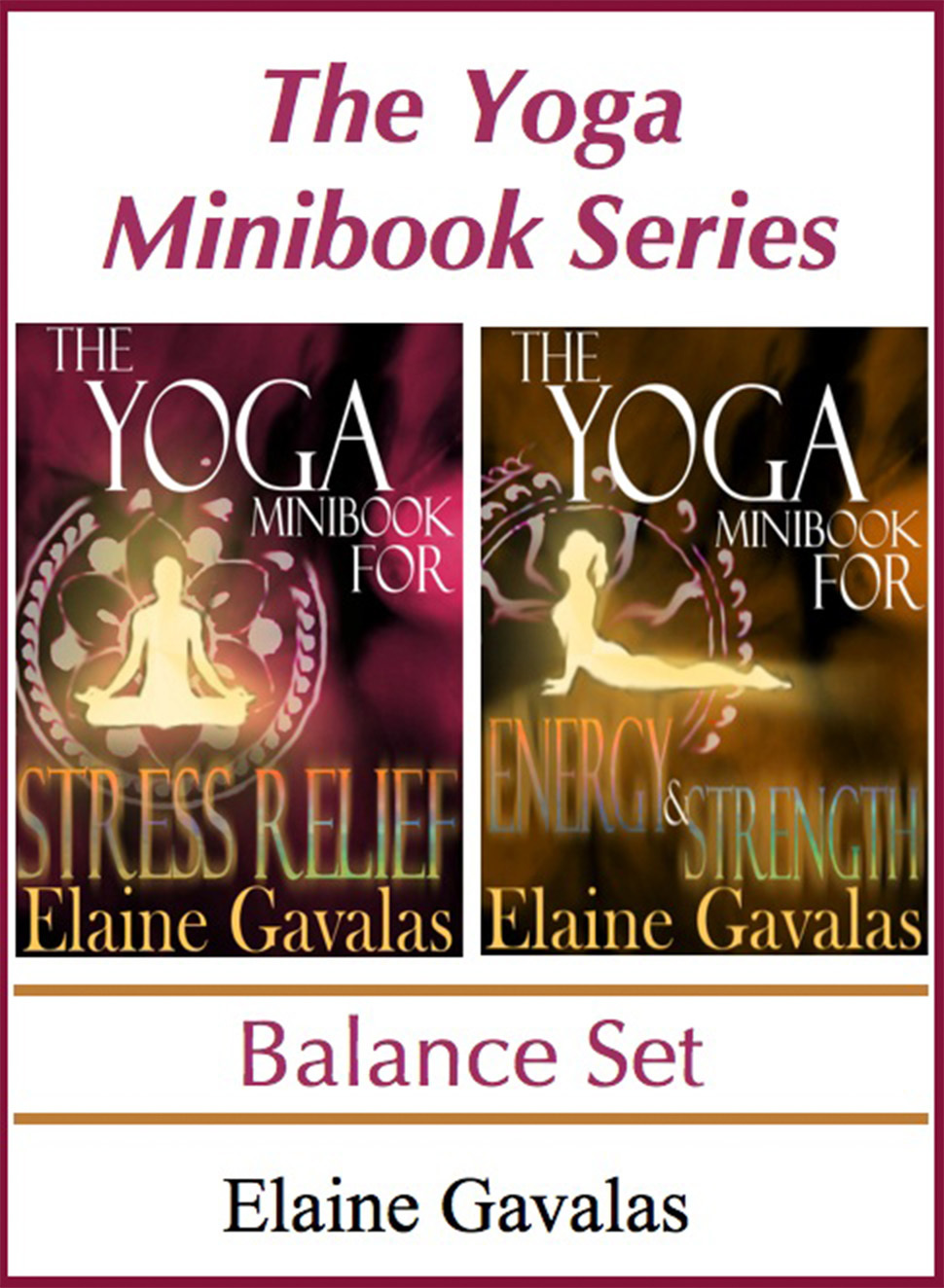 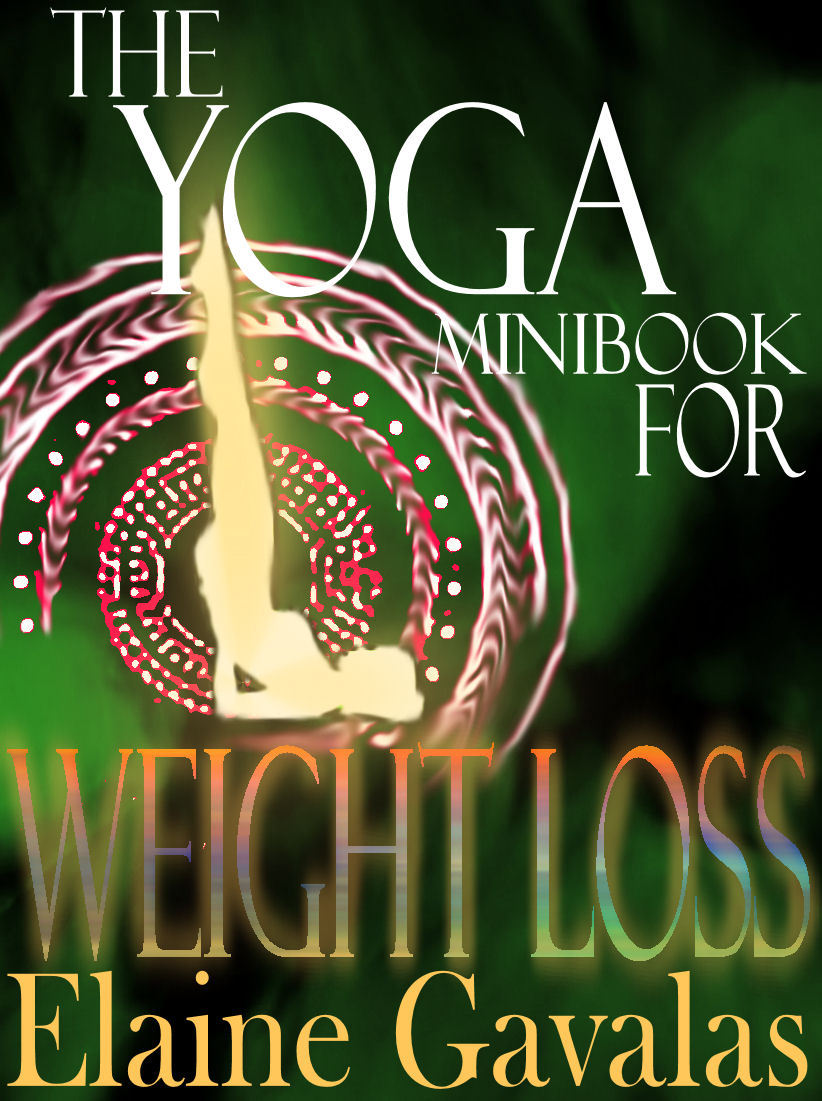 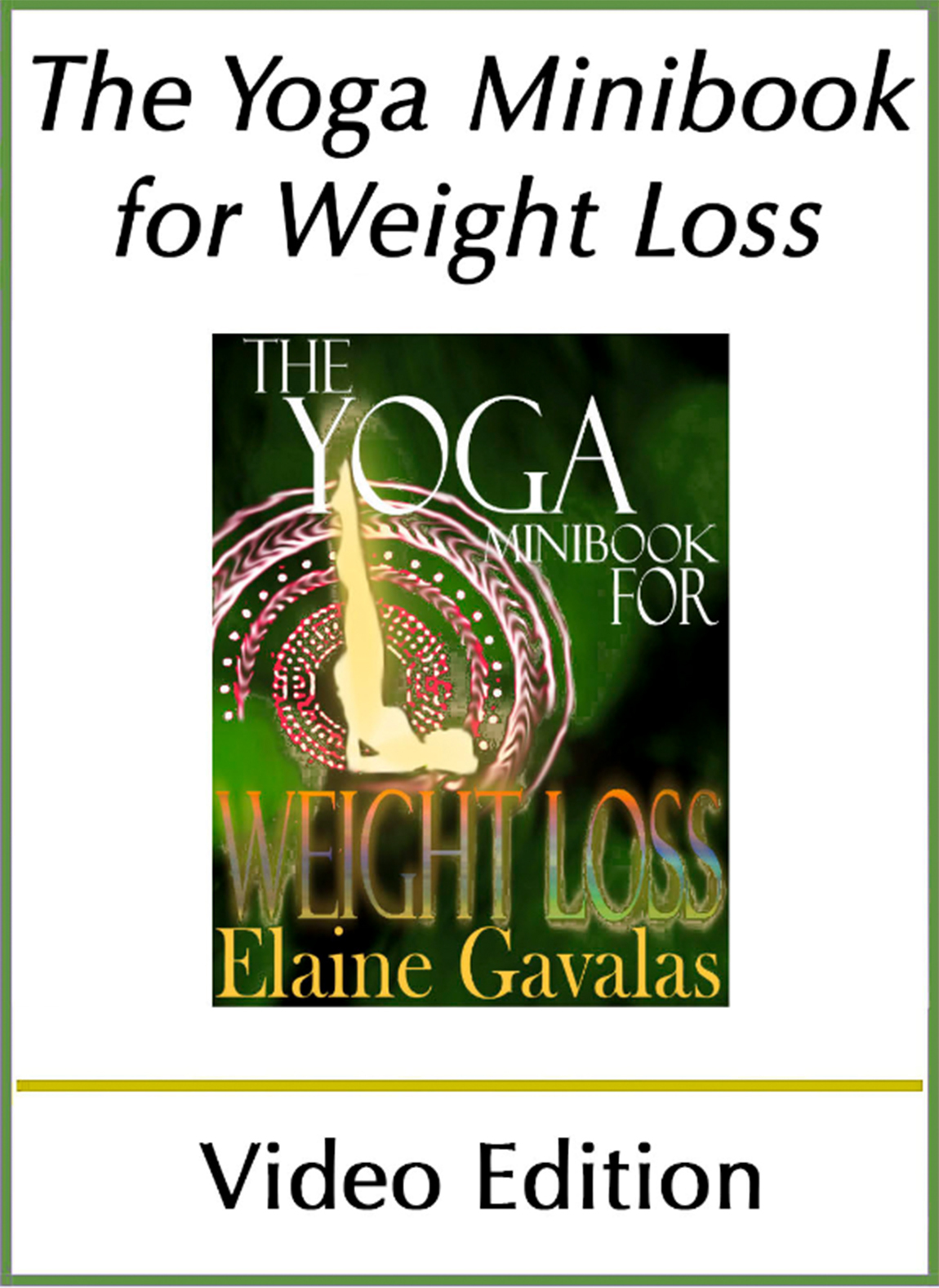 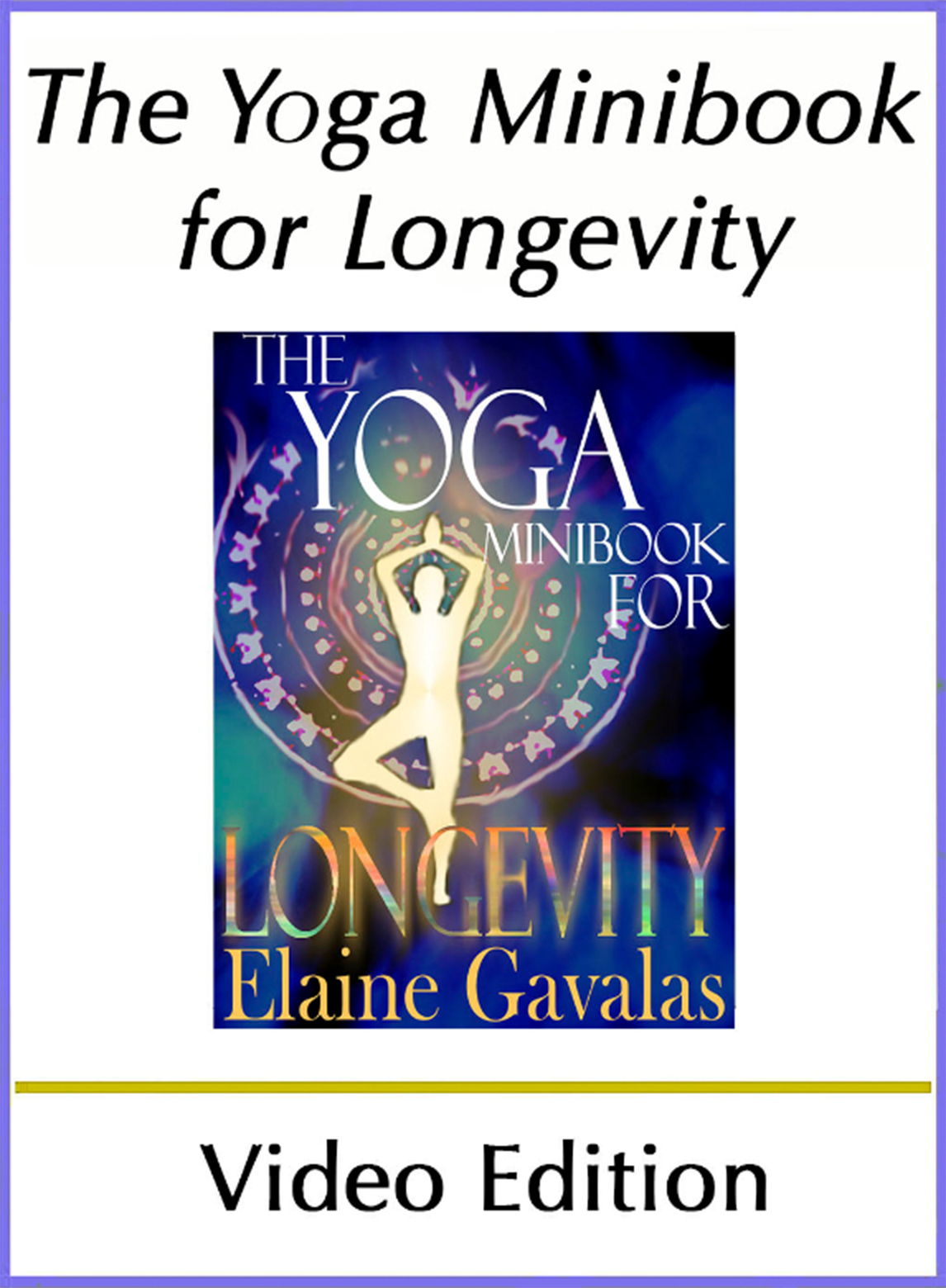 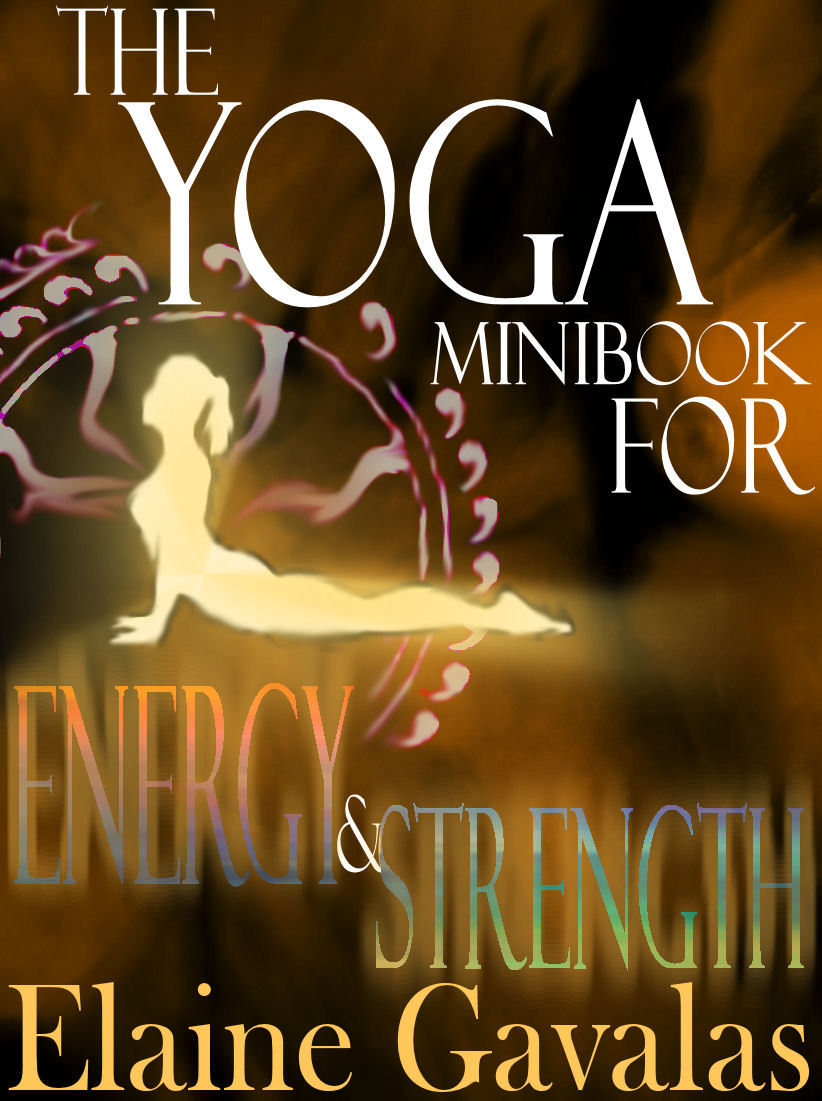 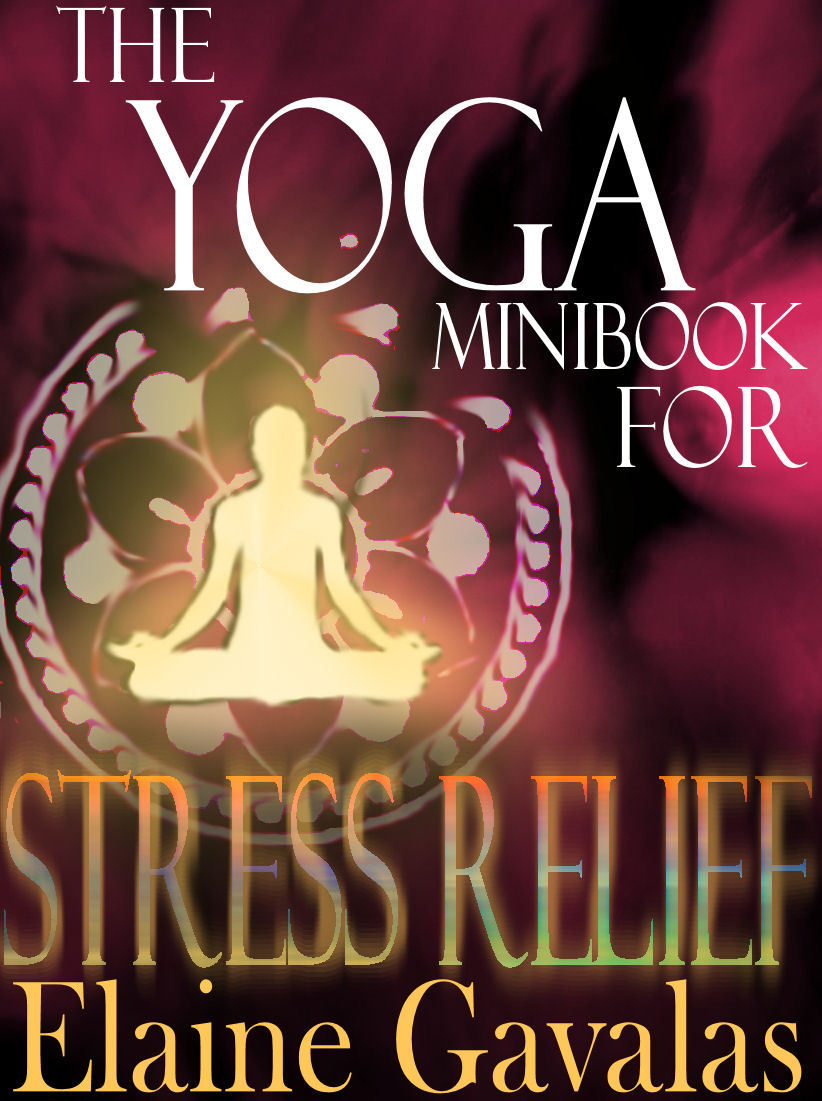 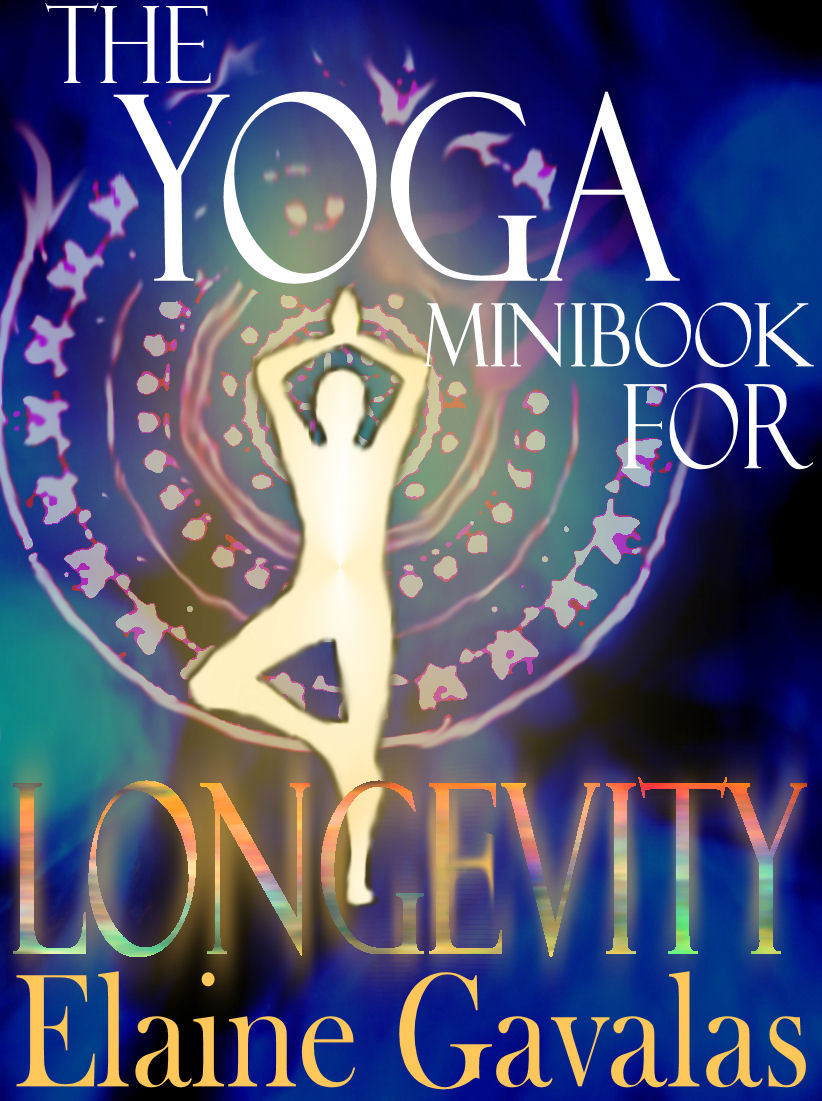 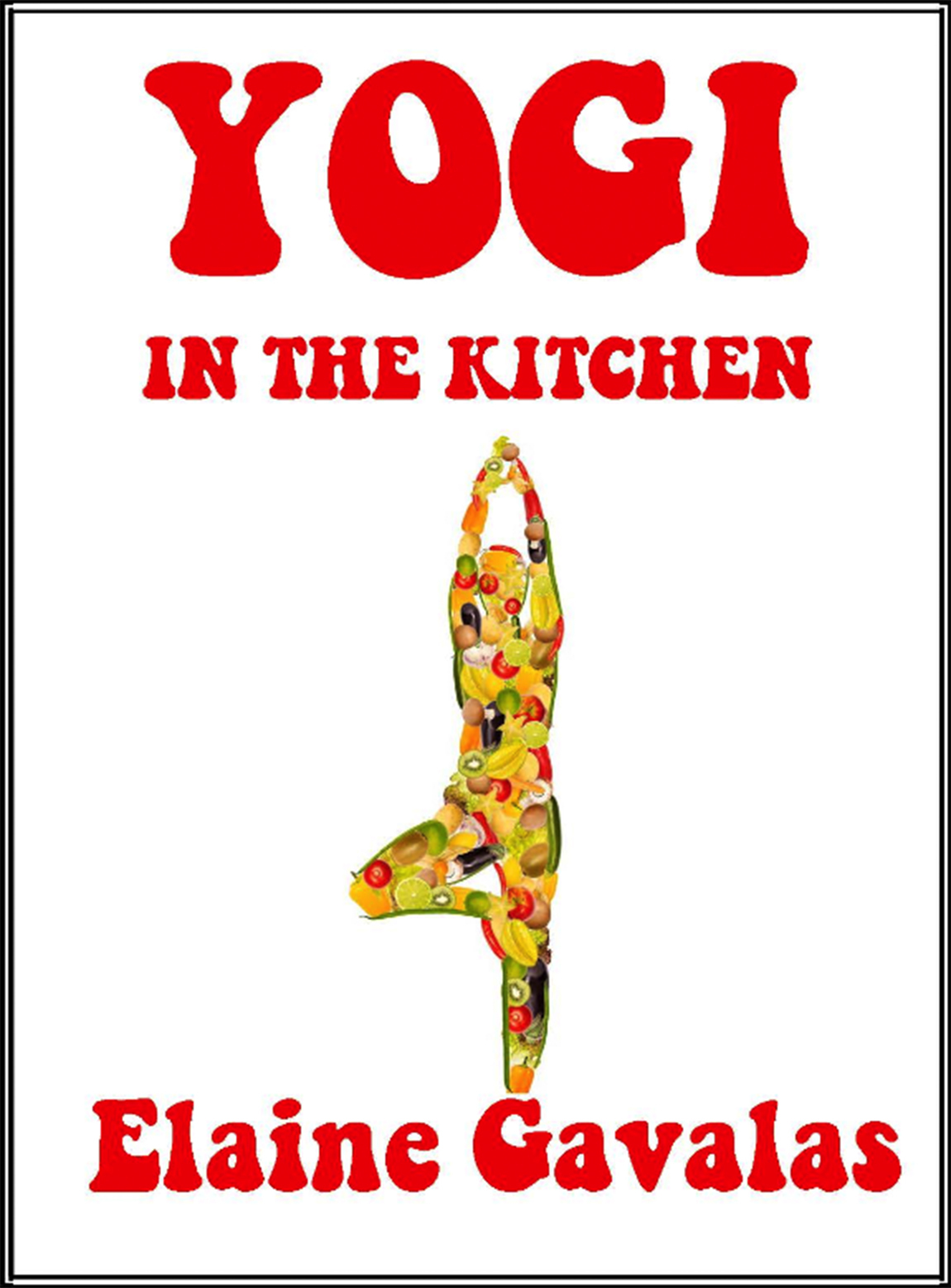 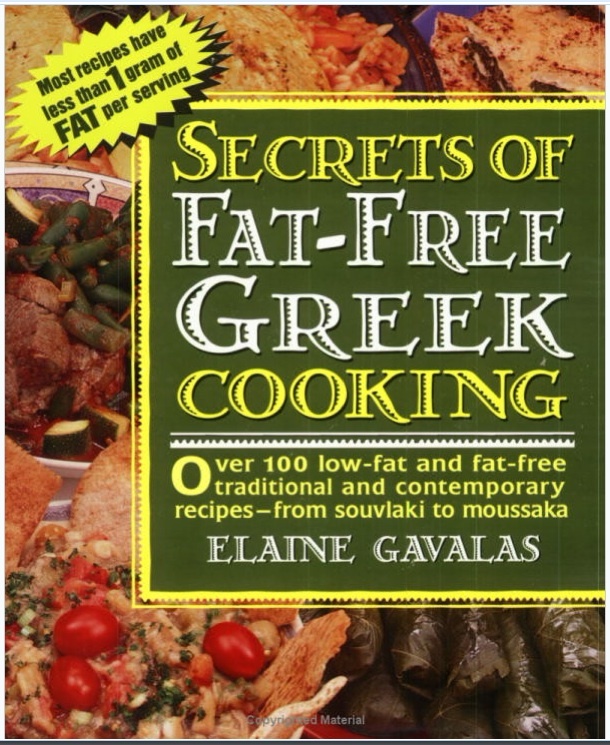 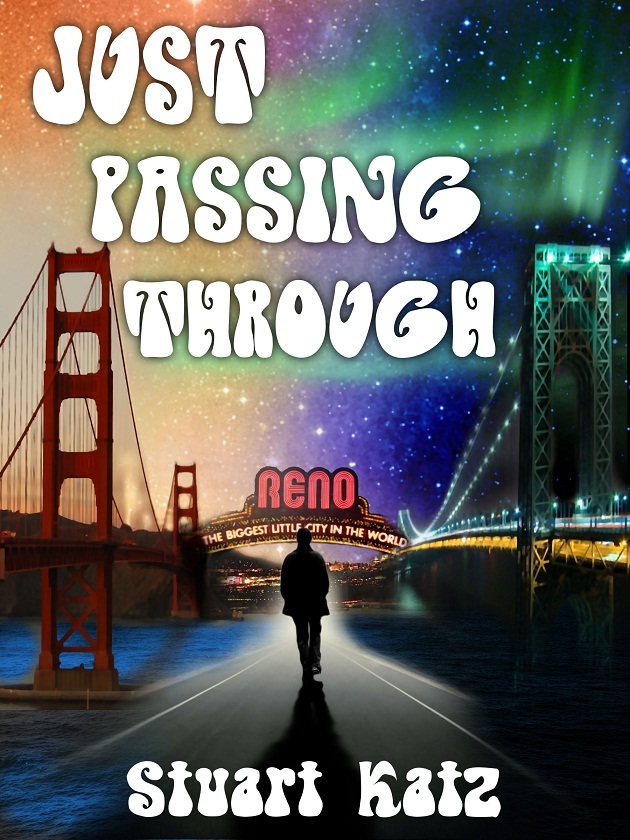 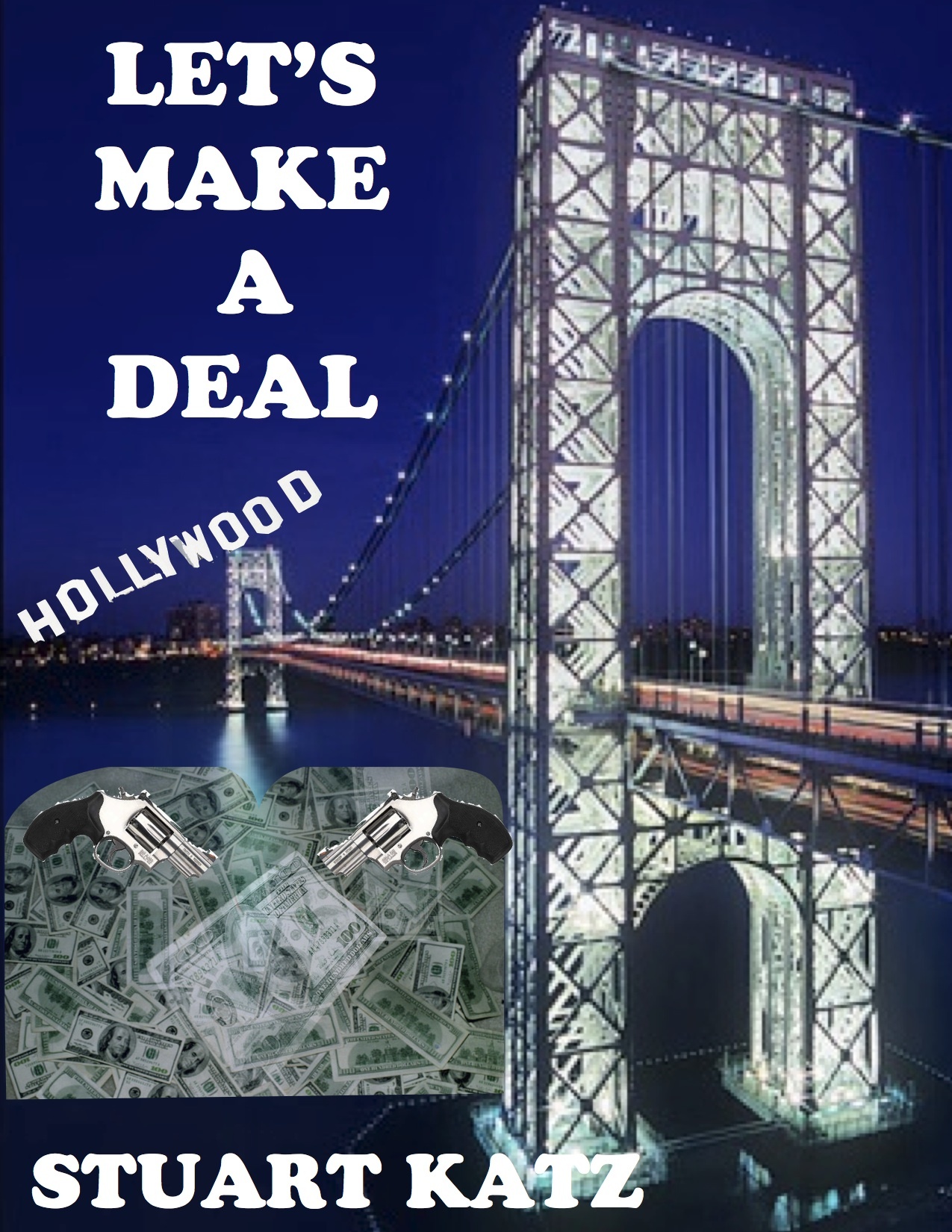